THE SIGNS OF THE CHAPEL

Traces of passage to the future memory of wayfarers, pilgrims and those condemned to death 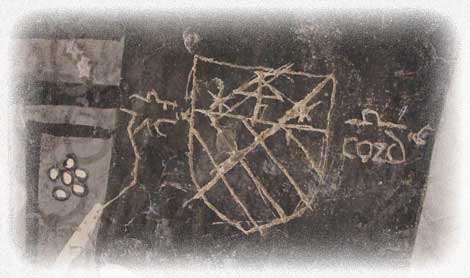 Inside the chapel there are a lot of graffiti engraved on the frescoes themselves, most of them in the lower part of the frescoes.

The old graffiti deserve a special mention, because let's not forget that in those days, when very few people knew how to write, leaving their name, date or an invocation to the Saint was something very different from modern writing that can sometimes be disfiguring and without any value.

The dates found in S. Bernardo delle Forche, as in other chapels in the region, are used for the probable dating, however, prior to the graffiti.

This custom must have been very widespread, and especially among educated and important people.

There is also an abundance of coats of arms and graphite symbols, not only written.

In fig. 4 one bears the date 1559 and the inscription "W Savoia" and the monogram FERT (it is the motto of the House of Savoy, of the Kingdom of Sardinia and the Kingdom of Italy, adopted by Amedeo VI).
The names of the saints are written in elegant gothic characters like many prayers.
A very long inscription is engraved on the edge of the "Good and Bad Prayer".

Perhaps they were comments and explanations of the iconography.
Many writings are in German and many others in Latin, often already vulgarized.
Interesting are the human figures hanging from the scaffold, and the one, almost childish in the stretch, of a little horned devil.
Among the symbolic figures we find the so called "Solomon's Knot" (a square dangled on the corners, an ancient symbol commonly used today in northern Europe, where it often appears mainly in English heraldry where it is best known as "Bowen's knot") and a large Cross formed by a braided rope (fig. 5).

Some people must have taken a long time to make the engraving, then made with care, to leave a message of faith or custom, which today comes to us from those distant times as something mysterious or sacred.
Lords and nobles used horses, prelates and rich merchants used mules, but the others all went on foot along the long dusty roads or paths.
The time therefore had another dimension for those people in these centuries, who certainly did not have the anxiety to run of our days, and they could therefore stop to rest for a long time in the half-light of the small chapels and perhaps to shelter from the sun in the days of the summer heat, or the stinging cold of winter nights.

They would then leave on the walls the expression of their gratitude and the testimony of their faith, or they could (in the case of people condemned to the scaffold) have also left their last words written to exorcise fear. 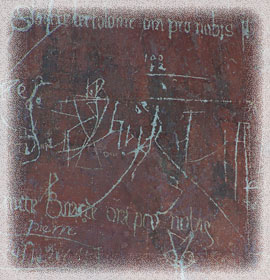 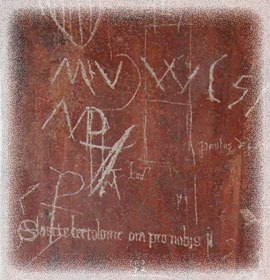 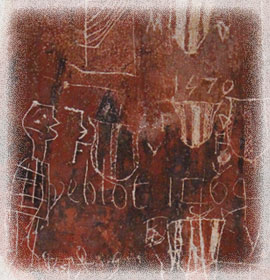 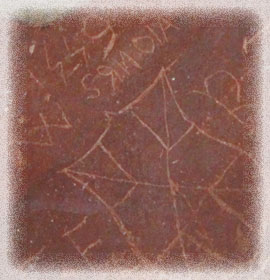 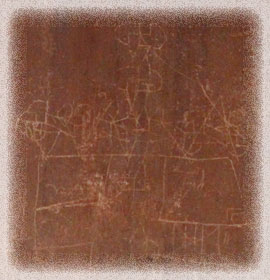 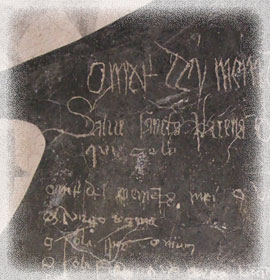 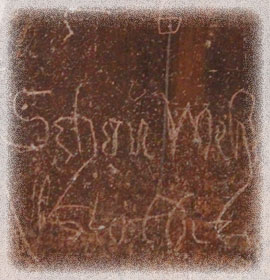 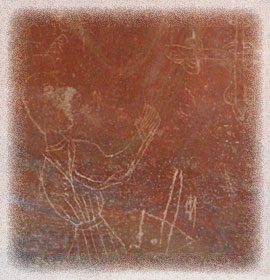 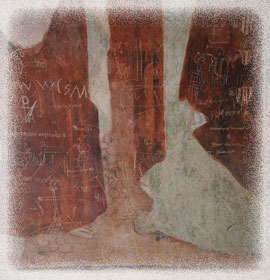 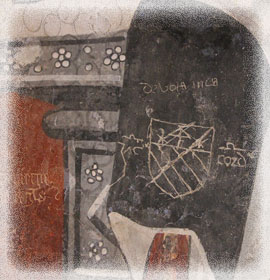 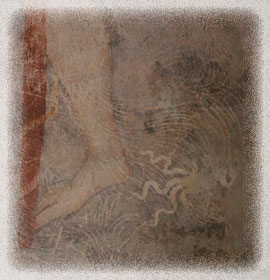 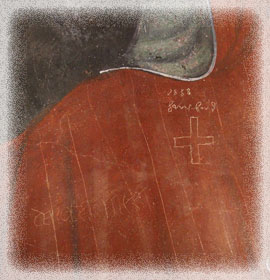